The Border Wars are over but even in the vastness of space old rivalries between the Freeborn and the Commonwealth die hard. Captain Meredith Simmons and her pilot husband Lincoln were formerly officers for the Commonwealth but each of them have now traded their commissions for civilian life and now make a living running cargo on their space freighter Celia. Trade is brisk between the planets and there is good money to be made running cargo to and from the Sphere and the Interior World planets, but there is even more to be made running out to the more remote...and more dangerous...Frontier World planets of the Rim. Captain Simmons has managed to put together a decent crew that has stuck together for the past three years. Her crew chief, Carolyn Faulks, was a former Commonwealth Marine Gunnery Sargeant, and is fanatically loyal to the Captain, if a bit of a bully now and then to everyone else. The "almost doctor" medic on board, who also moonlights as the ship's cook, is Tony Gannini, an outgoing Italian that never seems to have a care in the world. Rounding out the crew is the quiet, introverted engineer, Sean Galen. Everything is business as usual until a customer makes the unusual request for the Celia to take a young girl home with them as a passenger back to her people on the outer rim. As time passes the crew begins to notice that there is more than meets the eye to their young passenger. But then again on the Celia, even after spending three years together, the crew begins to realize that almost none of them are what they seem to be. 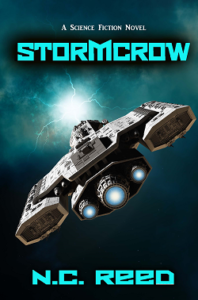 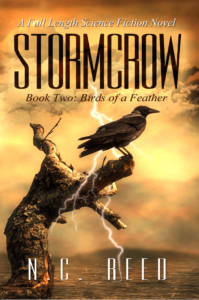